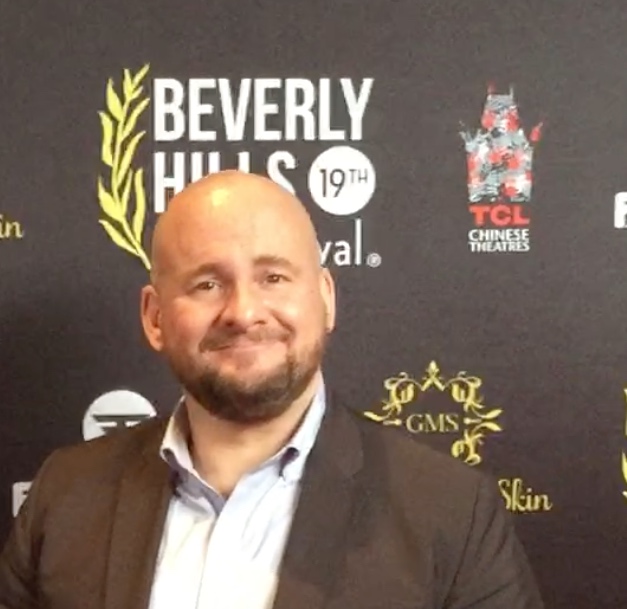 To Whom It May Concern:

I’ve produced 3 feature films and 1 feature-length documentary, and facilitated all of them to get worldwide TVOD-EST/SVOD distribution (including: ON WINGS OF EAGLES starring Joseph Fiennes which got a 10-screen limited theatrical release domestically and then Oscar-qualifying screenings for the documentary PINK & BLUE: COLORS OF HEREDITARY CANCER).

I was the supervising producer of Sundance Channel’s “The Writers’ Room” which earned an Emmy nomination. I was the executive producer of a web series for Bodog/Riptown Media that was an Official Honoree in the Webby Awards.

My writing has earned several accolades recently. My screenplay “Exabyte” placed in 4 screenwriting contests: Beverly Hills Film Festival, Stage 32, BHSC, and Los Angeles CineFest. I co-wrote “The Vacationers” which concurrently placed in BHSC and also earned an Honorable Mention in the London Film Awards. I wrote/produced/directed “The Knew-it-all” which was an Official Selection in the

A longtime member of the Producers Guild of America, I’ve produced & moderated entertainment industry panels for them and written several columns for the PGA’s “Produced By” magazine. I’ve given a TEDx Talk (entitled “Sports Can Save Politics”) and I earned a U.S. Patent for one of my inventions (USPTO#5,652,603). I’d love to work with you!

In just the past four years, Abrams co-produced four feature films. First, there was the micro-budget feature RAW CUT which has worldwide distribution. This was followed by MINING FOR RUBY – which co-stars Billy Zane & Mischa Barton – and was ranked as the 150th best-selling “New & Noteworthy” Romance film of all time on iTunes. It is distributed by Gravitas Ventures (in North America) and Multivisionnaire (internationally under the title FINDING LOVE IN ALASKA). The third film was the breast cancer documentary entitled PINK & BLUE: COLORS OF HEREDITARY CANCER which was Oscar-qualified (with theatrical runs at the Laemmle Music Hall 3 in Los Angeles as well as the AMC Empire 25 in Times Square in NYC). The fourth film is ON WINGS OF EAGLES where Abrams served as Co-Executive Producer shepherding post-production of the Western cut as well as securing financing and distribution through Archstone’s output deal with Sony Pictures Home Entertainment.
• Abrams has been a Member of the Producers Guild of America for over a decade and was elected to a 3-year term on its AP Council Board of Delegates. He also produced & moderated several seminars for the PGA and contributed several columns for the PGA’s PRODUCED BY magazine as well as its website. He wrote about revenue waterfalls in feature films as well as the definitive piece on “Sizzle Reels”.